On the 27th of February, Voices of Warringah will be hosting a Protect our ABC forum lead by former senior journalist with the ABC Anne Maria Nicholson, alongside former ABC TV current affairs presenter, interviewer and reporter Quentin Dempster, National Vice President of ABC Friends Professor Ed Davis and former Director of Television at the ABC Sandra Levy.

We will discuss the role of the ABC and how the residents of Warringah can contribute to its defence and help shape its role in a modern Australia.

Join us in the Mosman Club Auditorium at 6:30pm.

If you would like to learn more about the fight for the Australian Broadcasting Corporation please read Quentin Dempster's article with ABC Friends here. 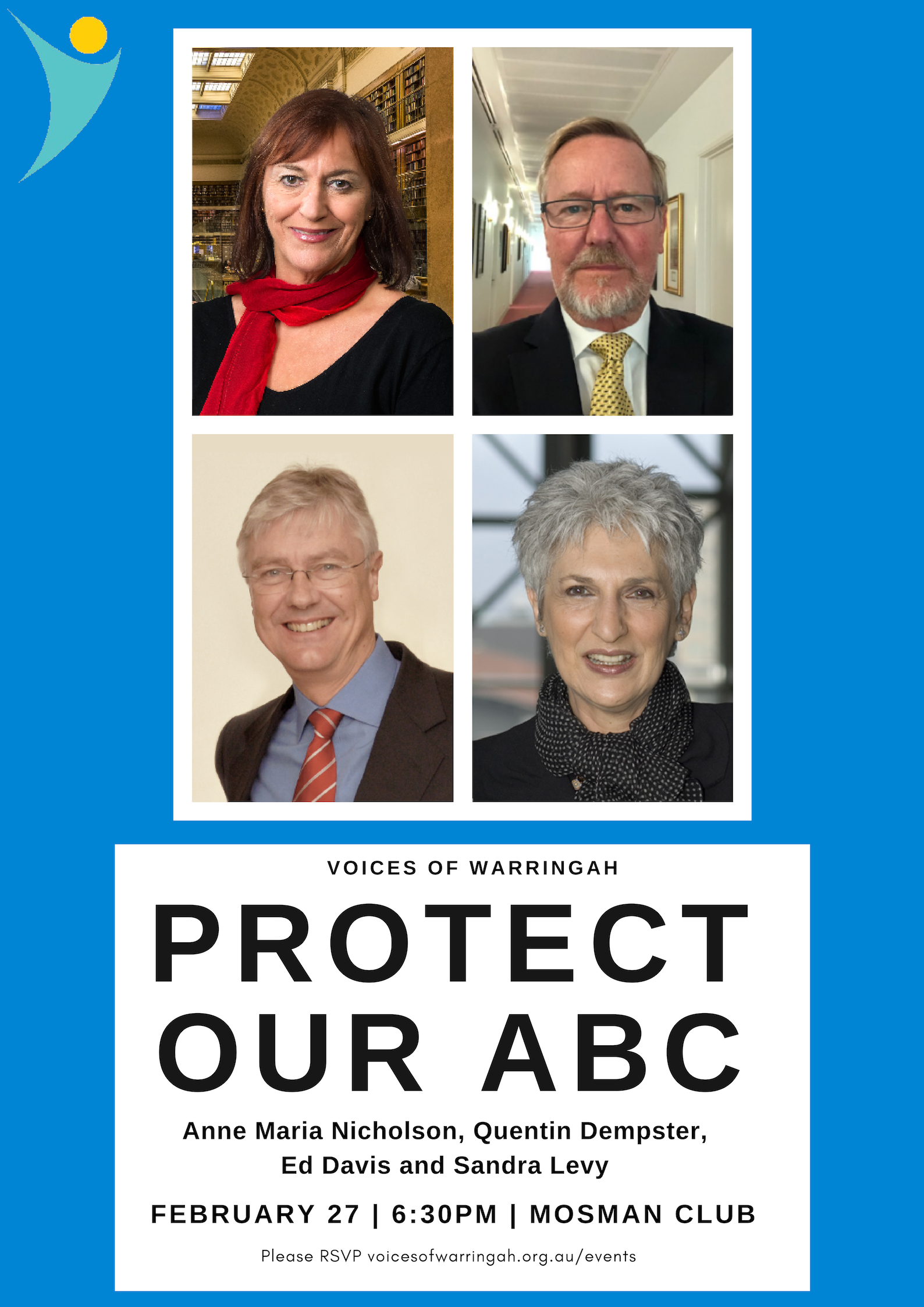